GET MY FIRST BOOK!

The Vanderhoof Conspiracy is a story about a woman, a man, their hired hand, and some arsenic. Based on a true event, this book will have you wondering what secret you have that will follow you long after you are dead!  Order it online at Amazon.

In continuing my study in Genesis Chapter 4, I stopped to ponder the genealogy 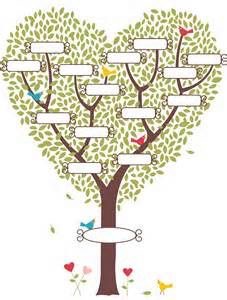 mentioned at the end of Chapter 4 and the beginning of Chapter 5 of Genesis.  I wonder if I just have a curious mind or if anyone else notices the incredible similarities between the names in the genealogy of Cain and the genealogy of Seth. They were brothers, but we know Cain was sent away for murdering his other brother, Abel.  So they didn’t live near each other.  And in describing the genealogy, the Bible does something very interesting, and I just couldn’t resist writing about it.

So first off, let me give you an initial visual before I show the oddities:

So first I thought it was odd that the writer of Genesis goes into great detail to show how old Seth and his descendants were at the time they had a son, but does not indicated how much time elapsed between Cain and his descendants.  I also noticed the similarities in the names.  We see Cain had Enoch, Seth had Enosh – different by only one letter.  Then in Cain’s line we see Mehujael, while Seth’s line had Mahalel – close isn’t it?  Then we see on Cain’s side Methushael and on Seth’s side Methusela – again very close.  Both sides had a Lamech.  So of course my curious brain kept wondering.

As I continued to look, I couldn’t help but wonder if the writer of Genesis got it correct.  The spellings are so incredibly close that it is either a huge coincidence, error, or God wants us to see something.   But the oddities didn’t stop there.

If I take off the first four names on Seth’s side and start with Enoch and match up both sides like that, it gets even weirder.  You have this:

If I eliminate Irad from Cain’s side then we have:

Furthermore, in Cain’s geneology after Lamech it states Lamech had three sons and one daughter.  Odd, isn’t it that they list the daughter?  Her name was Naamah and guess what the name of the descendant on Seth’s side from Lamech was?  Noah.  So here we have:

So, since the writer did not mention the time lapse on Cain’s side, we have no idea if the time lines match up or not, but the oddity is too much for me to overlook.   Why are the names on both sides so similar?  Why did the writer include a time line for one and not the other? Why did they mention the daughter?  What was her importance? They did not consider women as heirs,  so why list her?  She obviously was well known for something or she would not have made it to the Bible. But, we do know that Noah, the last in our list here for Seth’s descendants, would go on to save the animals and a few human beings from the flood.

So in conclusion, this could all be coincidence or it could have a greater importance that God wants us to examine.  I just know one thing, the Bible is amazing and every time I think that there is nothing new there, I see something like this!

One thought on “Coincidental Genealogy ?”